The Cluster of Excellence CASA has launched a new event to promote outstanding female students and scientists. 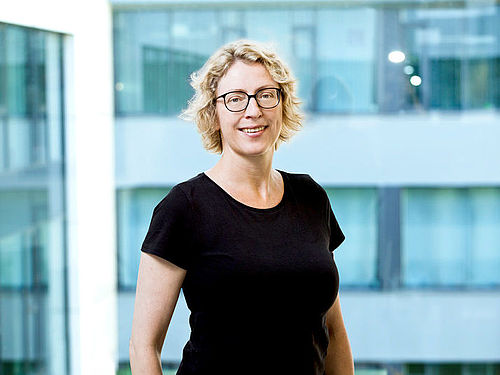 For the first time, the international workshop "Women in Security and Cryptography" will take place at RUB. The Cluster of Excellence CASA - short for Cyber Security in the Age of Large-Scale Adversaries - has created the event, based on the renowned computer security conference "Women in Theory". The workshop will take place digitally from 21 to 23 September 2021 and is aimed at outstanding female PhD students and students in IT security and related fields. The number of participants is limited to 50.

"The Cluster of Excellence CASA has set itself the goal of supporting talented female scientists in their careers in science and industry," says Prof. Dr. Nikol Rummel, spokesperson of the Equal Opportunity Board of CASA and head of the Educational Psychology Group at RUB. "With this, we want to contribute to more visibility for women. Our newly established conference 'Women in Security and Cryptography' is intended to be the kick-off for the establishment of a worldwide network of young women scientists".

Getting to know and networking with role models

International experts on IT security will give lectures: Adrienne Porter Felt, Director of Engineering at Google, will talk about "An industry career path, in security and beyond"; Carmela Troncoso from the École polytechnique fédérale de Lausanne will give a lecture on "Why synthetic data is not a solution to any machine learning problem". There will also be talks on career paths, empowerment and diversity. Participants will also have the opportunity to help shape the programme themselves in various formats and add their own topics. "Getting to know role models and networking with each other are central concerns of the format," says Nikol Rummel. "Thanks to special digital formats, of course, they don't miss out either."

Some of the lectures at the event will be recorded and published on the conference website afterwards.