The researcher is an expert in quantum information and theoretical computer science. 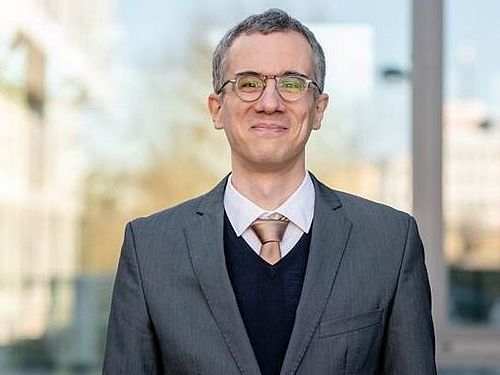 Since January 2022, Michael Walter is the new Professor of Quantum Information at the Faculty of Computer Science and part of the Cluster of Excellence CASA (Cyber Security in the Age of Large-Scale Adversaries) at RUB. In his research group, an international team explores the implications of quantum mechanics – the laws which describe nature on its smallest scales – for the theory of computing. “Quantum computers do not simply compute faster, but they operate using completely different principles than ordinary ‘classical’ computers,” he explains. “Accordingly, the design of quantum algorithms and protocols requires entirely new concepts and ideas.” Walter is also interested in applying ideas from quantum information to other areas of computer science, mathematics, and physics. The research group is actively involved in several national and international collaborations with academic and industrial partners.

Before coming to Bochum, Walter was an assistant professor at the University of Amsterdam, where he was also a senior researcher at QuSoft, the Dutch Research Center for Quantum Software. Prior to that, he obtained his doctorate from ETH Zurich and worked as a postdoctoral scholar at Stanford University. For his interdisciplinary research at the interface of computer science, mathematics, and physics he was awarded a 2020 Early Career Award by the Royal Netherlands Academy of Arts and Sciences.

To get to know the new Quantum Information group and to learn more about their research and current job openings, please visit their web page.