For his research in the field of software security, Dr. Lucas Davi, CASA Principal Investigator and assistant professor at paluno, the Ruhr Institute for Software Technology at the University of Duisburg-Essen, has been awarded one of the most endowed prizes for young scientists: an ERC Starting Grant. This provides the computer scientist with 1.5 million euros to develop a solution that holistically protects smart contracts from hacker attacks. 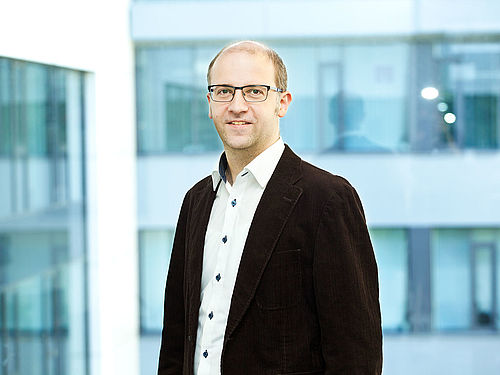 Lucas Davi receives an ERC Starting Grant for his research in the field of software security. Copyright: CASA.

Smart contracts are computer programs that can be used to store the terms of a contract into a blockchain, where they can be executed automatically. The promising technology is being used in cryptocurrencies and is waiting in the wings in many industries: Real estate transactions, licensing, checking supply chains or controlling production processes – many transactions and processes that today have to be done by hand could be automated and significantly accelerated in the future with programmed contracts.

However, interest in smart contracts is also growing in hacker circles. The programs are permanently online. As soon as a vulnerability is discovered somewhere in the code, it can easily be exploited. In recent times, there have been several thefts of cryptocurrency, because smart contracts had security vulnerabilities that were not closed quickly enough. “Many companies have lost their trust in the technology,” explains Prof. Davi. “If we want smart contracts to reach their full potential, we need to effectively secure them against hacking.”

With the funds from the ERC Grant, he plans to realize the first solution for the protection of smart contracts that covers all development and deployment phases of a blockchain: A key element will be the first compiler for smart contracts that detects and automatically fixes programming errors already in the development phase. Cyber attacks on ongoing transactions will be detected by a new monitoring tool and averted before they cause major damage. In addition, to assess the security of existing contracts and better understand the reasons for cyberattacks, Davi and his team are researching novel forensic analysis techniques. “The ERC grant gives us the opportunity to integrate our diverse ideas into a powerful overall solution.”

About the researcher
Lucas Davi’s research career began at Ruhr-Universität Bochum, where he completed his computer science studies in 2009 with an award-winning master’s thesis in the field of IT security. He specialized further at TU Darmstadt, where he worked on this PhD from 2010 to 2015, developing novel defense mechanisms against software exploits for various computer architectures. In 2016, he was awarded the ACM SIGSAC Doctoral Dissertation Award, the most recognized international dissertation award in the field of computer security, for his doctoral thesis. He is also a two-time winner of the German IT Security Award. As a Principal Investigator he leads projects in the Cluster of Excellence CASA and in the DFG Collaborative Research Center CROSSING. Since 2016, he has been researching and teaching as a assistant professor at paluno – The Ruhr Institute for Software Technology. He has established his own research group there, whose contributions are highly influential in academia and industry.

About the ERC
The ERC, established by the European Union in 2007, is the main European funding organisation for excellent frontier research. It funds creative researchers of all nationalities and ages to carry out projects across Europe. The ERC offers four main funding programmes: Starting Grants, Consolidator Grants, Advanced Grants and Synergy Grants. With its additional Proof of Concept Grants programme, the ERC helps grantees bridge the gap between their groundbreaking research and the early stages of its commercialisation.