From September 28 to 30, the CASA Retreat 2021 took place in Velen. Over the course of three days, participants were offered a varied program of lectures, poster sessions and networking opportunities. 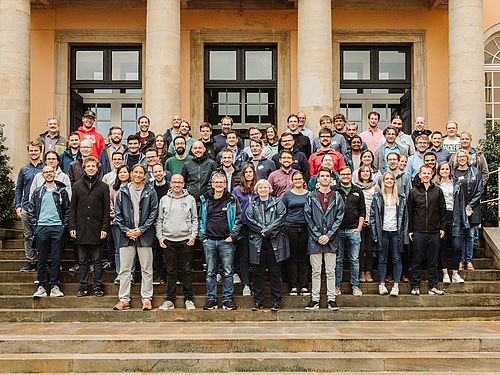 On the first day - under the topic "Current Status of CASA" - there were first some insights into the project management and current projects of CASA. In addition, a Distinguished Lecture was held with Advisory Board member Moni Naor from the Weizmann Institute of Science, on the topic "Keep That Card in Mind. Card Guessing With Limited Memory or: The Power of Adaptive Adversaries in Streams." Several networking rounds also gave PIs, postdocs, and PhDs the opportunity to get to know each other better and exchange ideas on their research topics.

On the second day, the focus was on "Networking & Exchange": In four highlight presentations, Lea Schönherr and Thorsten Eisenhofer, Thorben Moos, David Rupprecht and Christof Beierle, as well as Marco Gutfleisch and Jan Klemmer presented their projects from the different Research Hubs. They reported on their challenges, but also on the possibilities of interdisciplinary projects. Poster sessions of the PhD students also offered the opportunity for a more intensive exchange and for specific questions. The day was rounded off with a joint hike through the Münsterland region. In the evening, the CASA Management Board met with the Advisory Board.

The last day of the retreat focused on the future direction of CASA. Feedback and suggestions for improvement from the CASA PIs were an essential part of positioning CASA for the future, recording successes and defining goals. In small groups, the PIs also discussed ideas for future research projects.