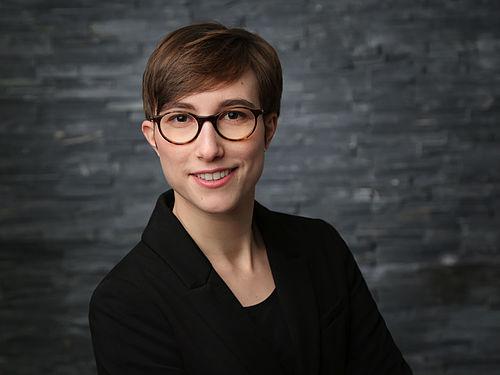 Franziska Herbert was officially elected as the new decentralized Equal Opportunities Officer of the Faculty ETIT on Wednesday, 06 January 2021. She replaces her predecessor Lena Schnitzler. Franziska Herbert is a research assistant at the Group of Mobile Security, member of CASA, and initially studied psychology at the TU Darmstadt. There she was involved in the student parliament, the senate and the senate committee on teaching, among other things. "Among other topics, we dealt with the topics of students with children, gender-appropriate language, anti-discrimination and the question of how to bring technical subjects to women," says Franziska Herbert. "Personally, I think networking above all is super important, especially when you think about the field of women's advancement. Men network much more than women, so we need to catch up and create strong networks where we support each other," she adds.

For this reason, she would now like to revive the female doctoral students' meeting at the faculty. Her predecessor, Lena Schnitzler, had already initiated the women doctoral students' breakfast, but this had to be put on hold due to the Corona pandemic. "I would like to resume this as a digital format for now," Franziska Herbert suggests. "I hope that we can establish such a format and that many female doctoral students participate. After all, a lot is already happening here at the faculty in terms of equality. The female students in particular organize many workshops, which I think is great. I'd like to support them wherever I can." For Franziska Herbert, gender-appropriate language is also important. "My colleagues and friends sometimes have to suffer from this because I often correct them," she laughs. We look forward to the exchange with our new decentralized Equal Opportunities Officer and say welcome!