Now the researcher has been admitted to the North Rhine-Westphalian Academy of Sciences, Humanities and the Arts. 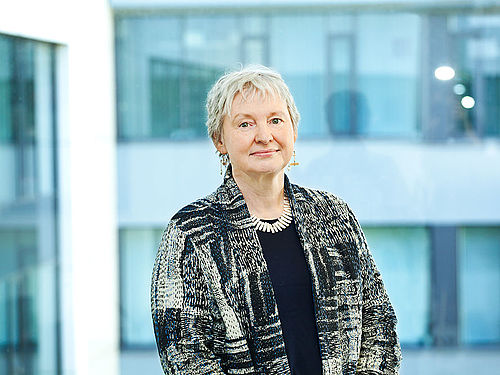 Prof. Dr. Angela Sasse from the Horst Görtz Institute for IT Security at RUB was admitted to the North Rhine-Westphalian Academy of Sciences, Humanities and the Arts (AWK) in June 2021. Sasse is considered a pioneer of usable security: she was one of the first to focus her research on the security understanding and behavior of IT users.

In total, the AWK will admit ten new members in 2021 who have distinguished themselves through outstanding achievements in their field.

Angela Sasse studied psychology at the University of Wuppertal and continued her studies in Great Britain. She received her master's degree in industrial psychology from the University of Sheffield and her doctorate from the University of Birmingham. In 1990, she began working as a lecturer in Computer Science at University College London. There she was a professor of human-centered technology from 2003. From 2012 to 2017, she directed the British Research Institute for Empirical Security Research and was inducted into the Royal Academy of Engineering in 2015. In 2018, she took over as Chair of Human-Centred Security at the Horst Görtz Institute for IT Security at RUB.